Does Maturity Make You Human? 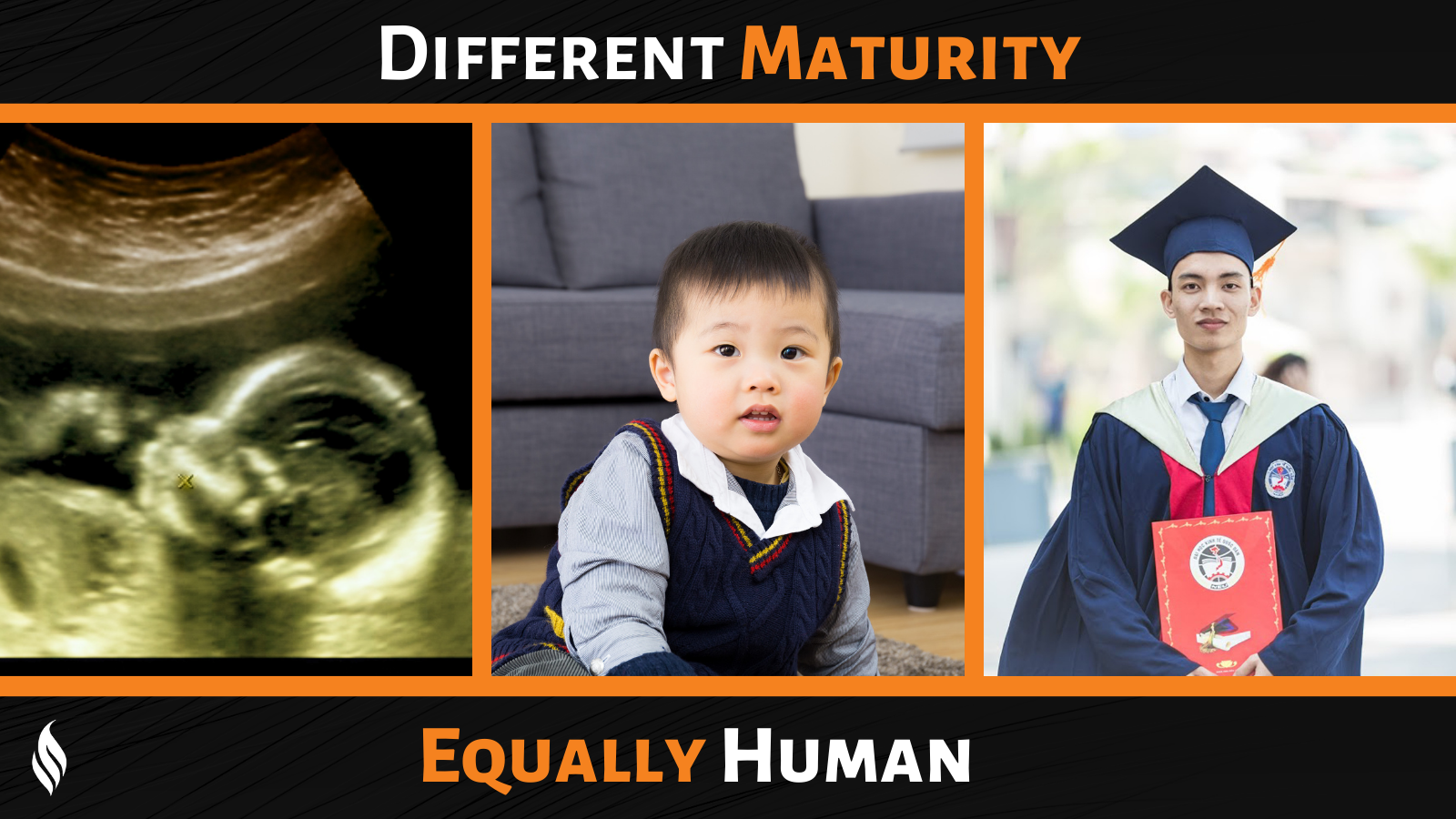 Human life begins at fertilisation and therefore human rights begin at fertilisation. However, many say that killing a baby through abortion is permissible because the baby is "merely" a fetus. However, a fetus is simply a stage of human being in exactly the same way as "toddler" or "adult" is. We do not allow toddlers or adults to be killed, so why do we allow babies in the womb (or human fetuses) to be killed? There are commonly four reasons given to justify the belief that an unborn baby is different to a toddler, reasons which ultimately attempt to justify the belief that it is permissible to kill an unborn baby but not a toddler.

Advocates of the abortion genocide sometimes claim that because an unborn baby is smaller than a toddler, it is permissible to kill the unborn baby. However, we can use a thought experiment to prove that this is false.

Who is more valuable as a human being?

We are all created equal, with equal humanity and equal value. Therefore, unborn babies - no matter how small - deserve human rights protections.

After all, to quote Dr Seuss, “A person's a person, no matter how small.”

2. Difference in Level of Development

Some claim that unborn babies are less human or less valuable because they are less mature. However, if this was the case then toddlers would be less valuable than adults, which is clearly false.

Is a baby inside the womb less valuable than a baby outside the womb? Biologically, we know they are both equally human, so what is the difference? Surely it cannot be the case that a baby is non-human an hour before birth but is human an hour after? What about during birth, when the baby is half-in, half-out of the womb. Is the baby's head human but not the baby's body?

You may think this a humorous thought experiment, however this is the grisly reality of those who practice partial birth abortion.

All humans are created equal, both those inside and outside of their mother's womb.

This is why abortion must end. Abortion is a genocide: the strong killing the weak, the born killing the unborn, parents killing those whom they have a safeguarding duty to protect.

About Students for Abolition

We exist to mobilise students to abolish the abortion genocide.
A project of the Centre for Bio-Ethical Reform UK.